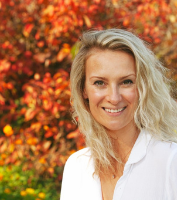 I come from Nizhniy Novgorod, a wonderful city in the European part of Russia. There, I studied at the Linguistics University, from which I graduated with a Specialist Diploma in Theory and Methods of Teaching Foreign Languages and Cultures in 2006. Since that time, I have developed a strong interest in second language acquisition and classroom teaching. My interest in the structure and the complexity of my native language led me to graduate studies at the University of Oregon (2014-2016), where I earned a master’s degree in Slavic Linguistics.