Doctoral minor in SLA
Faculty from these departments came together in 1995 to establish a doctoral minor program in SLA for graduate students at the University of Wisconsin-Madison.  With the support of affiliated departments (including Curriculum and Instruction, English, departments of languages, literatures, and cultures, as well as Educational Psychology, Sociology, Linguistics, Psychology and other programs and departments), a minor program was established in 1996 with tracks in pedagogy and research. Students seeking the Ph.D. in any program on campus could elect to complete their minor in Second Language Acquisition and many did so, especially graduate students in English, French and Italian, German, Slavic, and Spanish.

Doctoral major in SLA
The SLA committee began work in 1997 towards the establishment of the interdisciplinary doctoral program.  The program was approved after a rigorous review process by the University of Wisconsin-Madison College of Letters and Science and Graduate School Academic Planning Councils and was ultimately approved by the Board of Regents of the University of Wisconsin in 2002. Several internationally known experts in the area of second language acquisition reviewed the proposal to create this new program at the UW-Madison. The first entering class of graduate students in the Ph.D. program was admitted for the fall 2002 semester, and the doctoral program in SLA is now flourishing as students take classes, prepare for preliminary examinations and write dissertations. 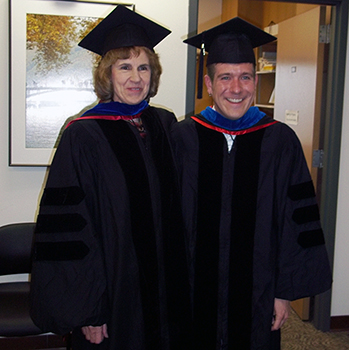