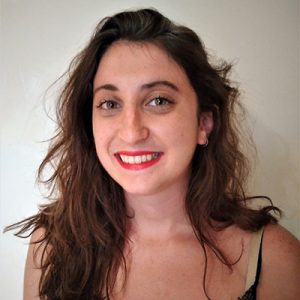 After earning a B.A in English language, literature and civilization from University Paris XII (Créteil, France), I started a master’s degree in American civilization at the same institution. After completing the first year of my Master’s, I worked as a Foreign Language Teaching Assistant in French at Wesleyan University, Connecticut, thanks to an exchange program with my university in France. At Wesleyan, I had the opportunity to teach French to elementary and intermediate levels students and became very interested in the French language and in teaching it as a second/foreign language. Therefore, I decided to complete a Master’s degree in French studies, with a concentration in French Linguistics and Second Language Acquisition and Teaching, at the University of Arizona, where I also taught French at the elementary and intermediate levels.

During my time at the UofA, I became interested in the ways we assess students’ foreign language learning as well as in individual differences and differentiated instruction within the L2 classroom. At UW-Madison, I hope to deepen my knowledge of these areas and to study how alternative assessments can play a part in better assessing student foreign language learning.