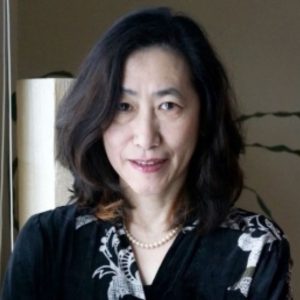 Professor Mori’s research interests center on the application of the methodological framework of “conversation analysis” to the study of talk-in-interaction involving first and second language speakers of Japanese. She is the recipient of the 2003 ACTFL/MLJ Paul Pimsleur Award for Research in Foreign Language Education and the author of Negotiating Agreement and Disagreement in Japanese: Connective Expressions and Turn Construction (John Benjamins, 1999). Her articles have appeared in a number of journals and edited volumes. She is currently serving as an editorial panel member for Applied Linguistics, Modern Language Journal, and Research on Language and Social Interaction.

Junko Mori is a professor of Japanese language and second language acquisition at the University of Wisconsin-Madison. Her publications have investigated grammar and interaction, classroom discourse and intercultural communication by using the sociological methodology of conversation analysis. Her most recent project studies the impact of globalization of higher education upon world language education.

Find out more about Junko Mori by viewing this faculty profile page.